It's time again for the annual Springhill Outfitters' Pig Fest cook off! This year's event will be held on Saturday August 26-27th at The Farm at 95 during the 2022 Southern Outdoor Classic and will feature cash prizes! We'll be awarding prizes and trophies for 1st, 2nd, and 3rd place. 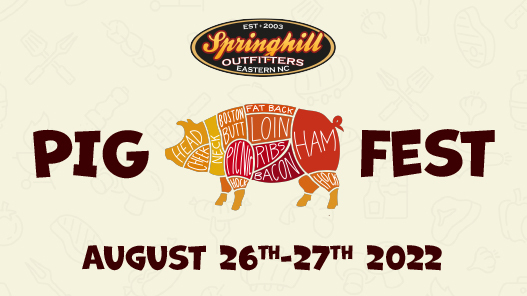 CAUSES FOR DISQUALIFICATION & EVICTION of a team, its members, and/or guests: